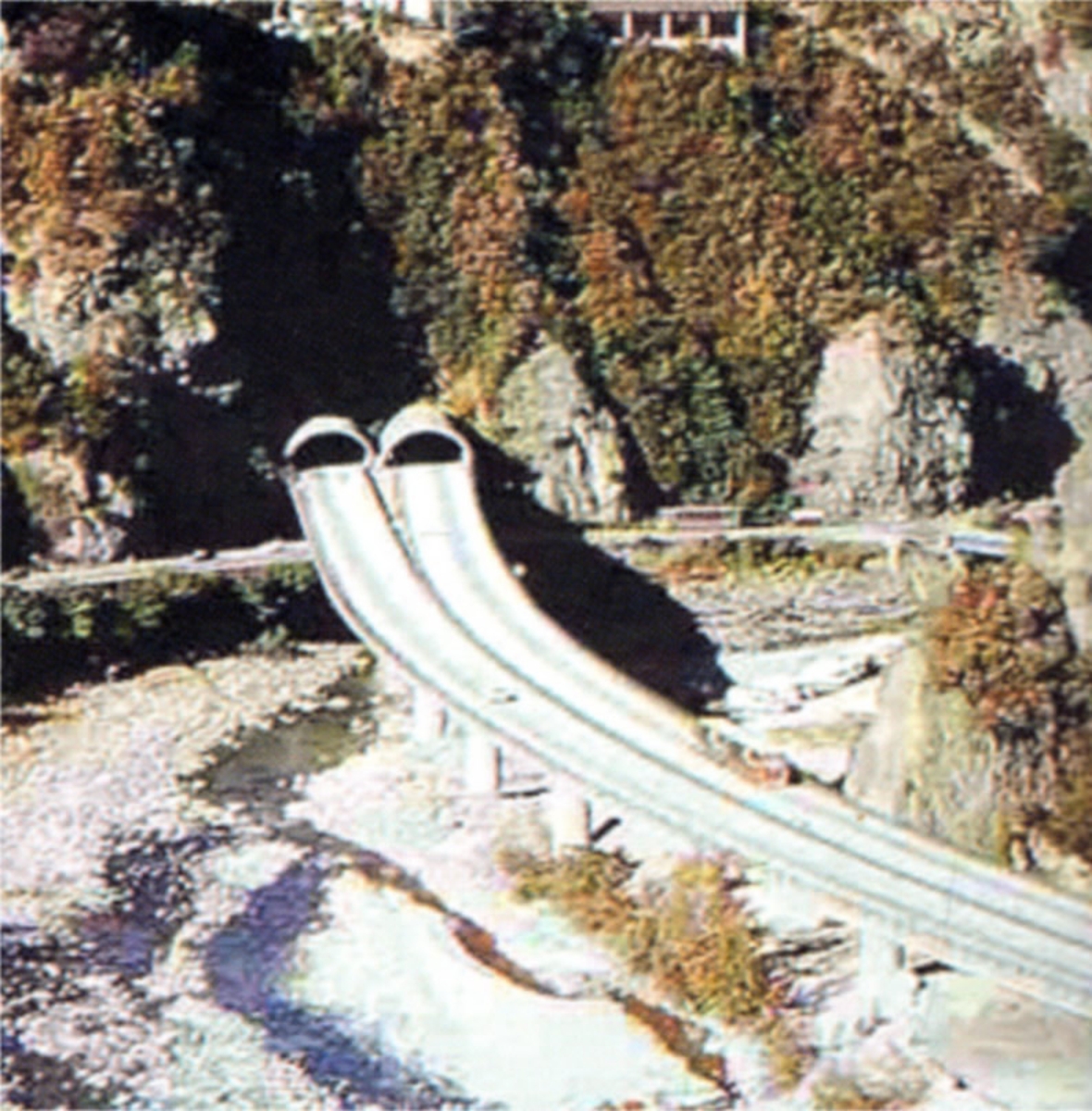 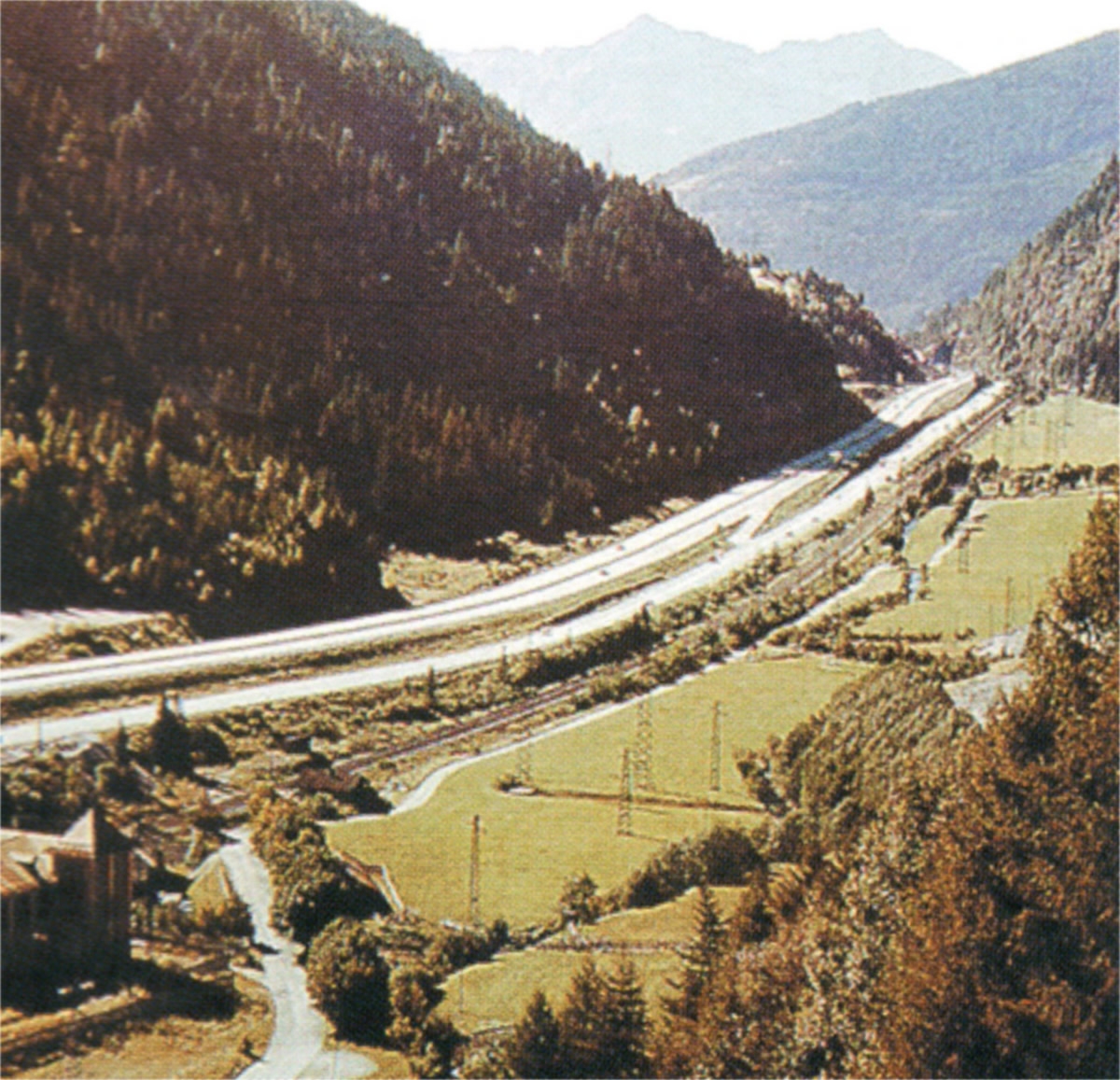 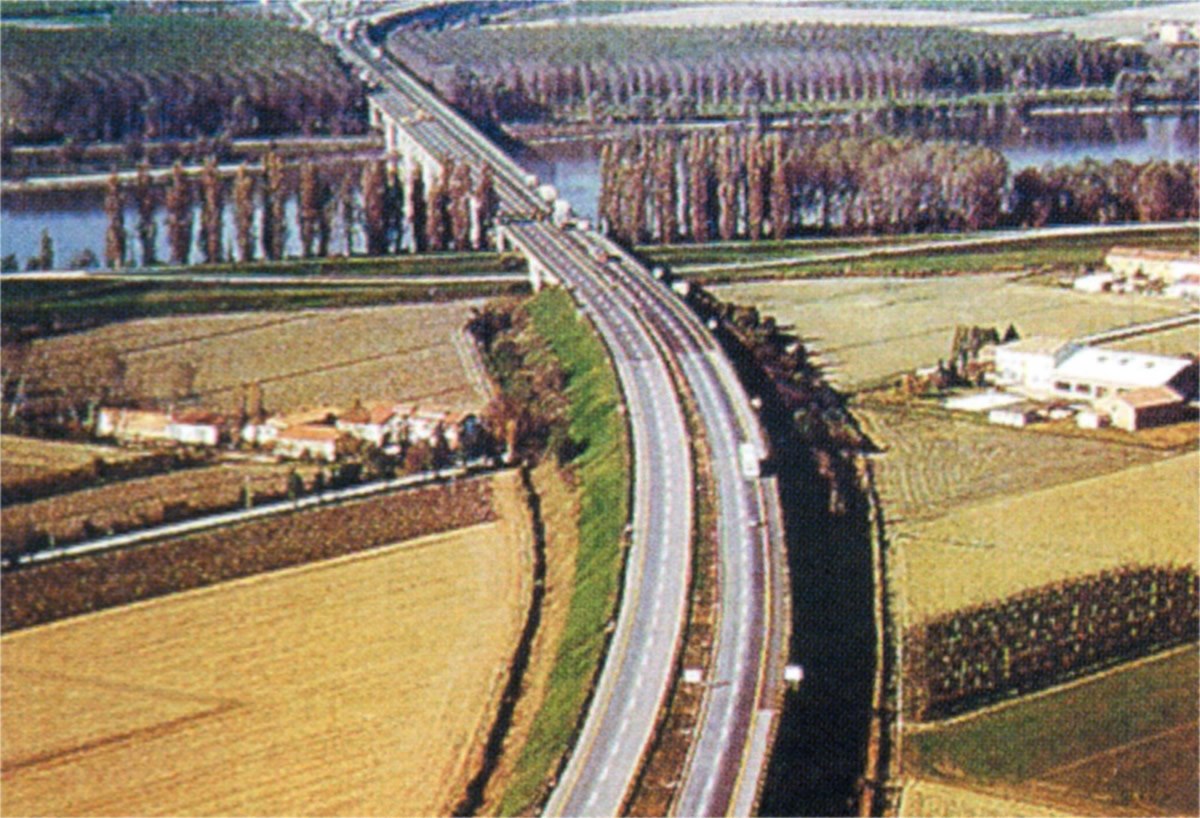 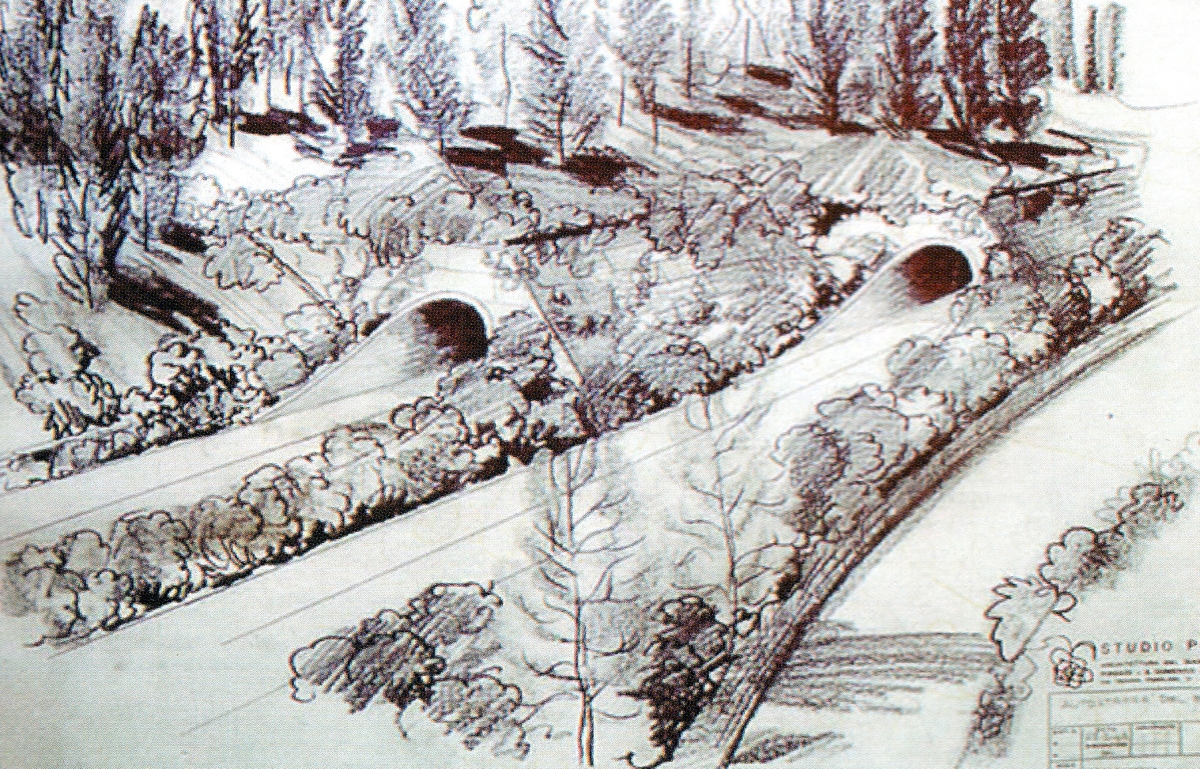 In the autumn of 1965, at the request of the Bolzano Provincial Authority Porcinai was appointed by the Ministry of Public Works as a consultant for the landscaping of the A22 motorway. Unfortunately, however, the preliminary project had already been drafted and the first worksites set up in 1964. Consequently, Porcinai was hard put to suggest solutions for the integration of the motorway into the landscape, when the route of the stretch between Verona and Brennero had already been defined and contracts were already under way for the Trento-Austria section. To aggravate the situation the motorway-landscape relationship was considered secondary to the technical function of the infrastructure: in other words the motorway was conceived as an extraneous element unrelated to the landscape context that it traverses, a context that is not only environmental, but also social, cultural, historic and human.

After an extensive and elaborate study, based primarily on foreign experiences (in England, France, Germany and the United States), in December 1966 Porcinai submitted the first draft plan. In 1968 the various technical solutions were defined, and in the following year the executive design of the plantations and the landscaping of all the lots commenced. Between 1970 and 1975 inspections were carried out at the various construction sites to oversee the works. The preliminary project and the studies define the types of solution (embankments and counterscarp walls, central reservations, visual and acoustic barriers, lay-bys and petrol stations etc.). The executive project, organised in lots that corresponded to the various contracts, consists of a series of technical drawings that define the soil and landscape aspects, in addition to the tender specifications and the numerous typological details. Even though Porcinai’s contribution was in some sections fairly limited (in particular in the mountainous stretch that was more demanding in both technical terms and those of landscape, and less open to modification since the route had already been defined), it nevertheless permitted the introduction of techniques that were innovative for the time such as the various kinds of central reservation, including sections of 12 metres in width, the planting of the embankments using efficient new systems, mechanisms for protection against ice and snow, lighting systems for the exits and service stations, the choice of Cor-Ten weathering steel for the metallic elements and the guard rails, and the integration of the service stations into the landscape by setting them back from the motorway itself, screened by protective vegetation.