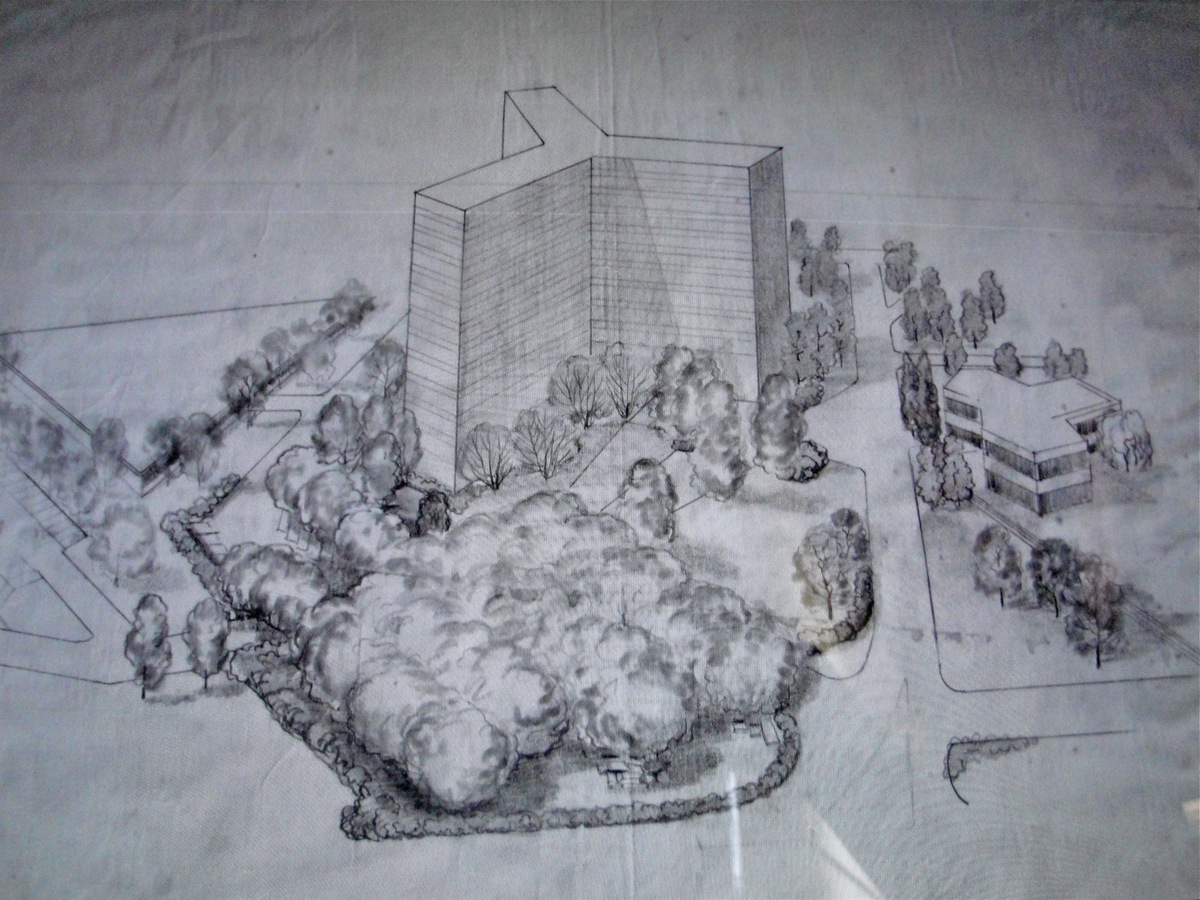 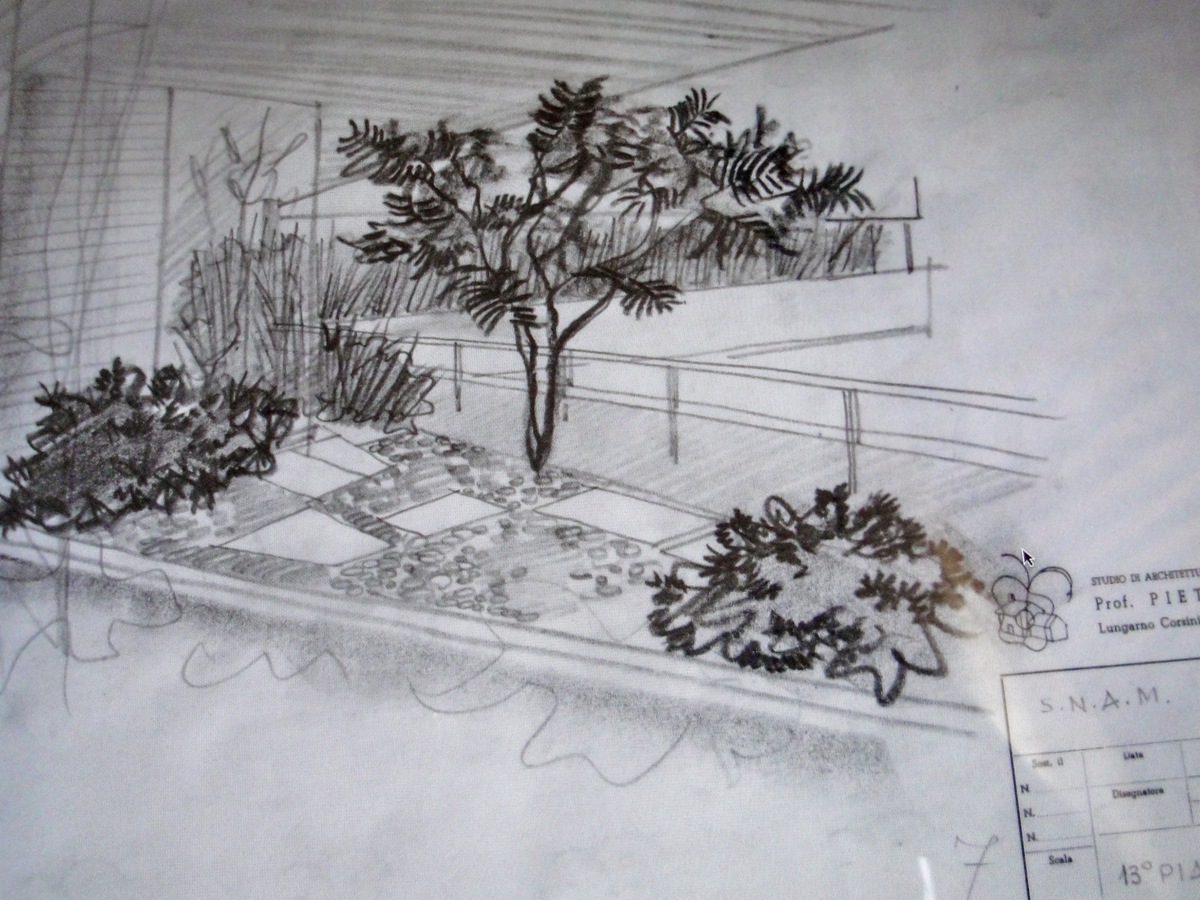 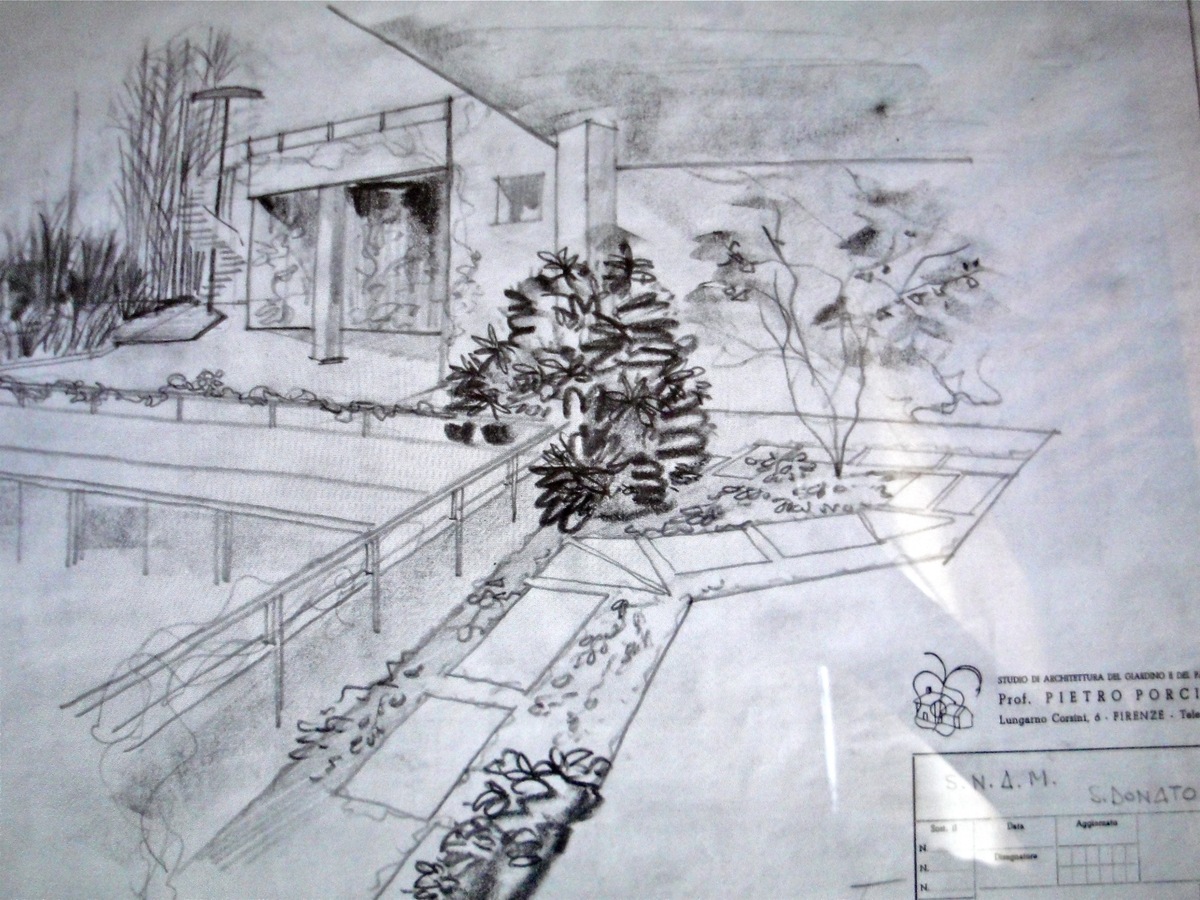 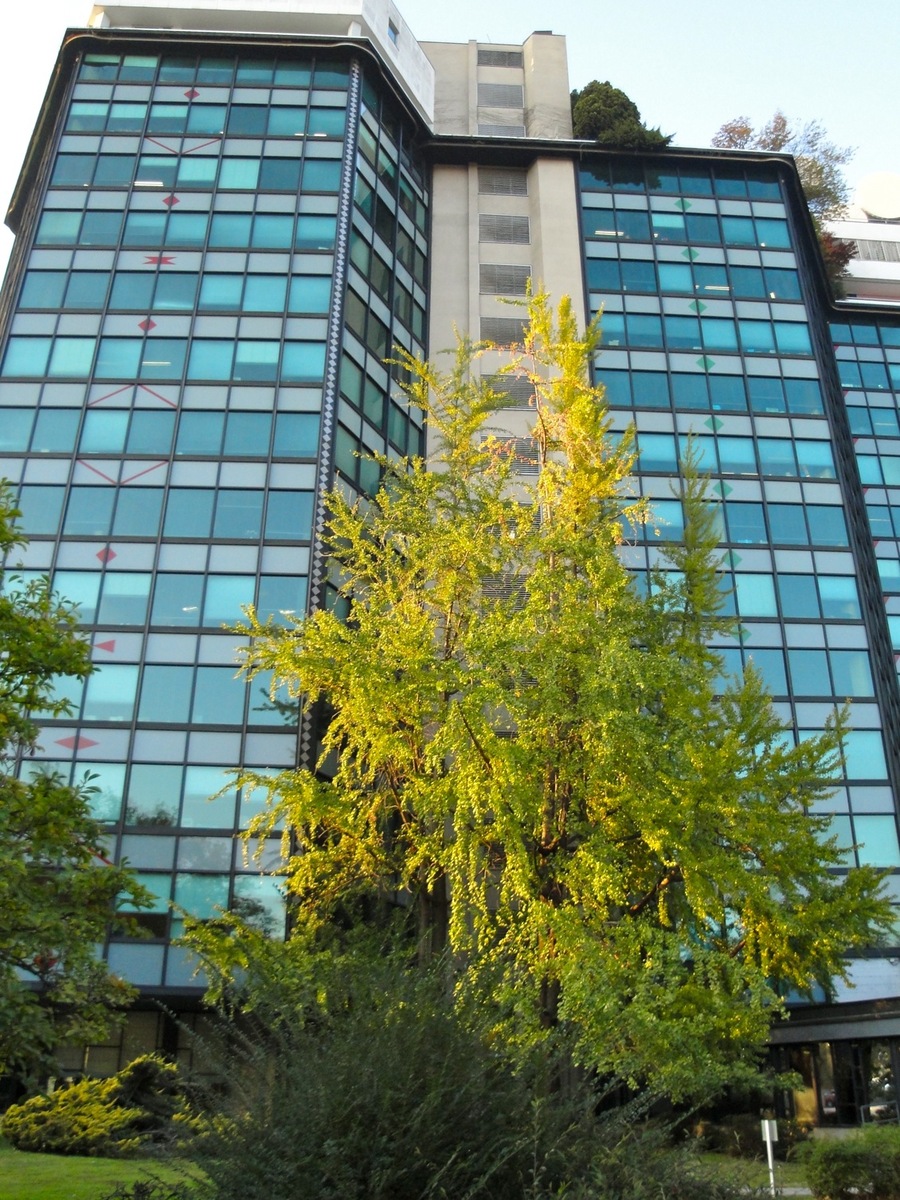 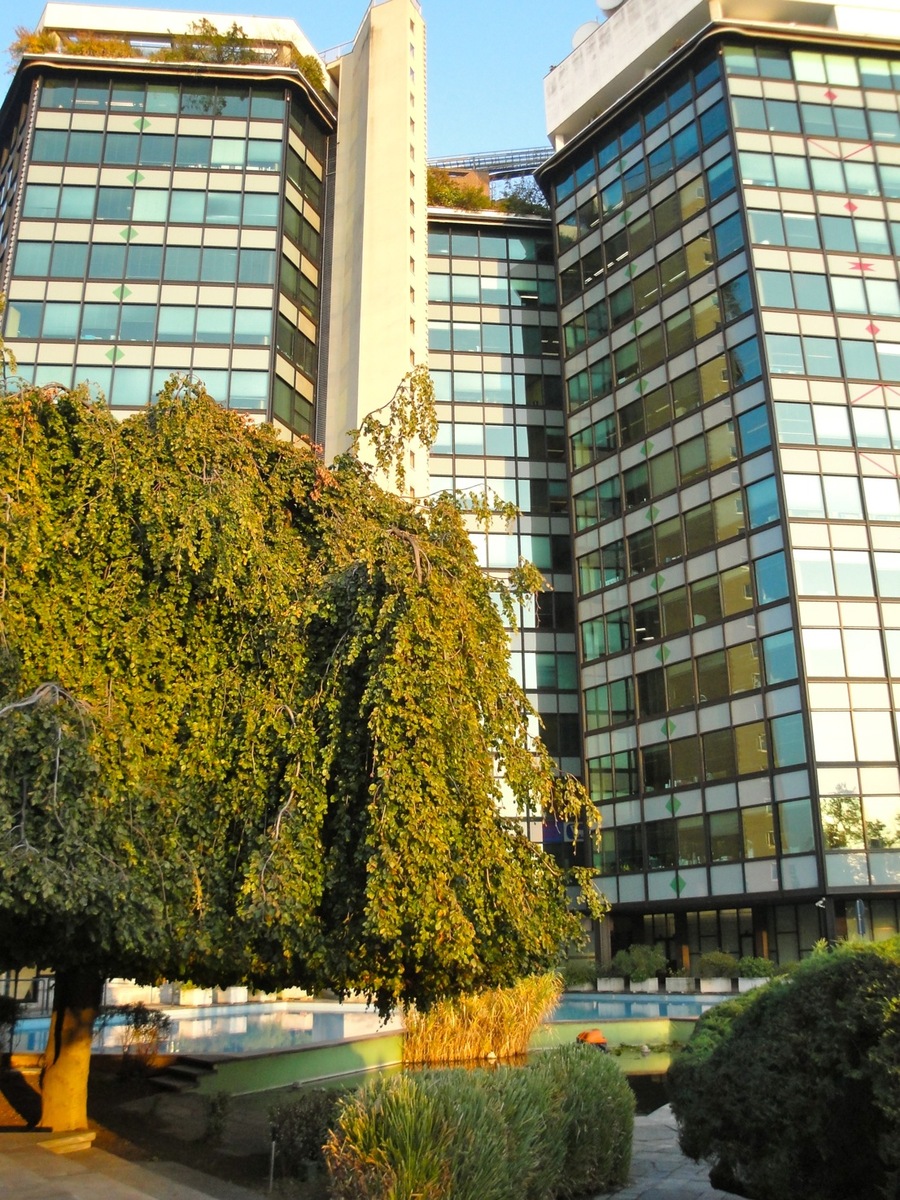 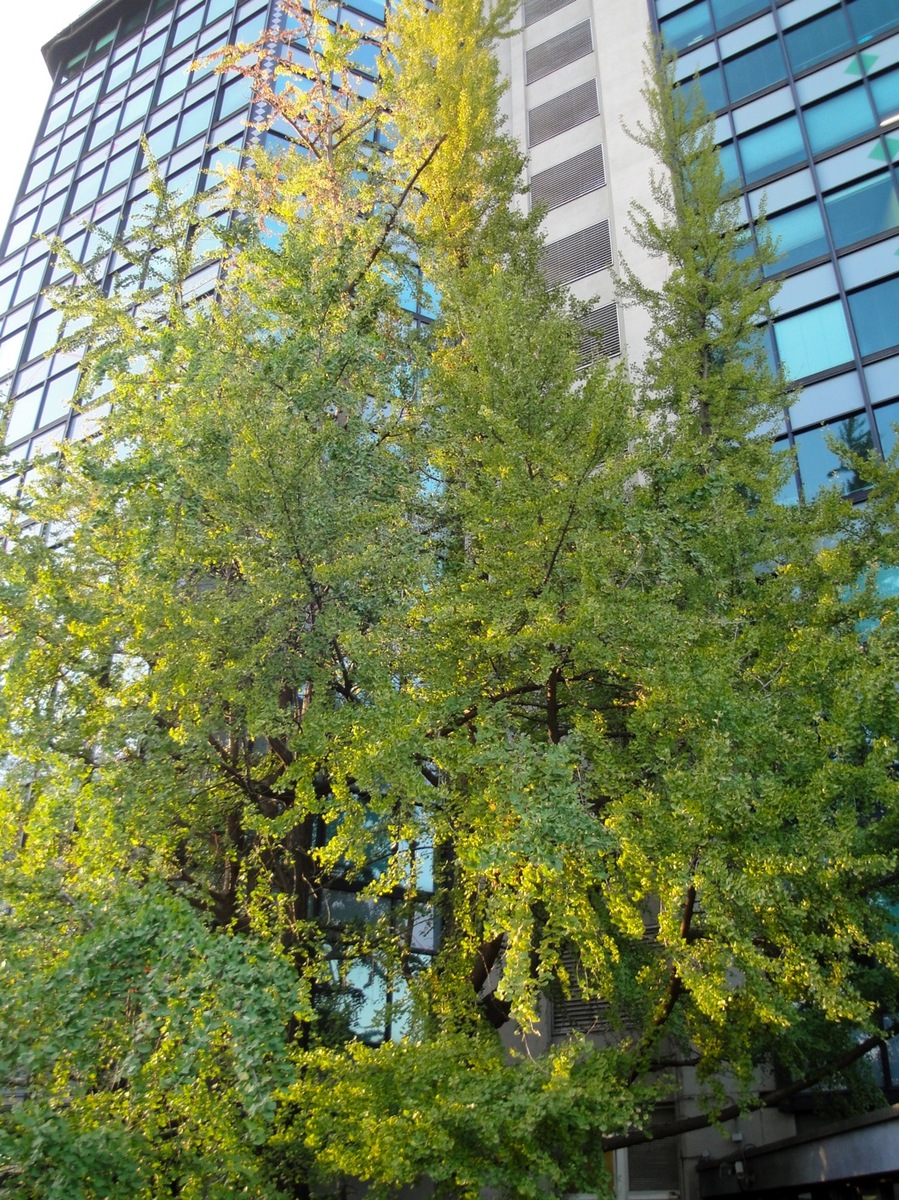 Few industrial groups in Italy have devoted special attention to achieving harmony between their plant and production areas and the landscape. In the postwar reconstruction period, two examples of this approach were OLIVETTI and ENI, and this was thanks to two great public figures – Adriano Olivetti and Enrico Mattei – who had even then grasped the importance of environmental issues and the imperative to provide territorial safeguards. Porcinai collaborated with ENI in Rome (EUR – National Headquarters), in San Donato Milanese (Metanopoli), and in Pugnochiuso (Vieste, Gargano - Centro Vacanze ENI). As had already been the case with other design experiences for industrial concerns in the period 1950-1960 (Olivetti, Barilla, Lancia, Buitoni, Perugina, etc.), the intelligent approach and farsightedness of Enrico Mattei permitted the landscape architect to shape the new Metanopoli “city of methane” and its offices with “green” projects that were futuristic for their time and that still preserve a special charm, despite all the intervening transformations.