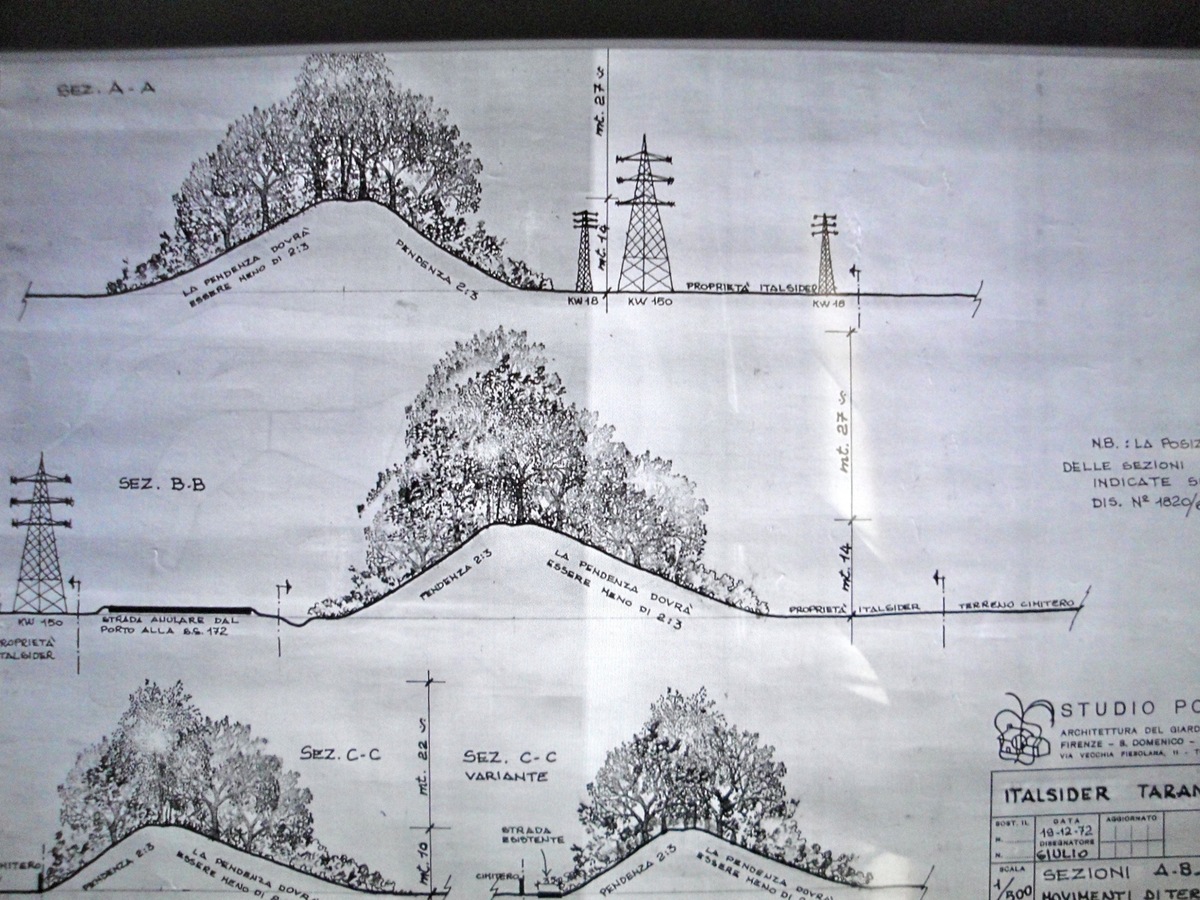 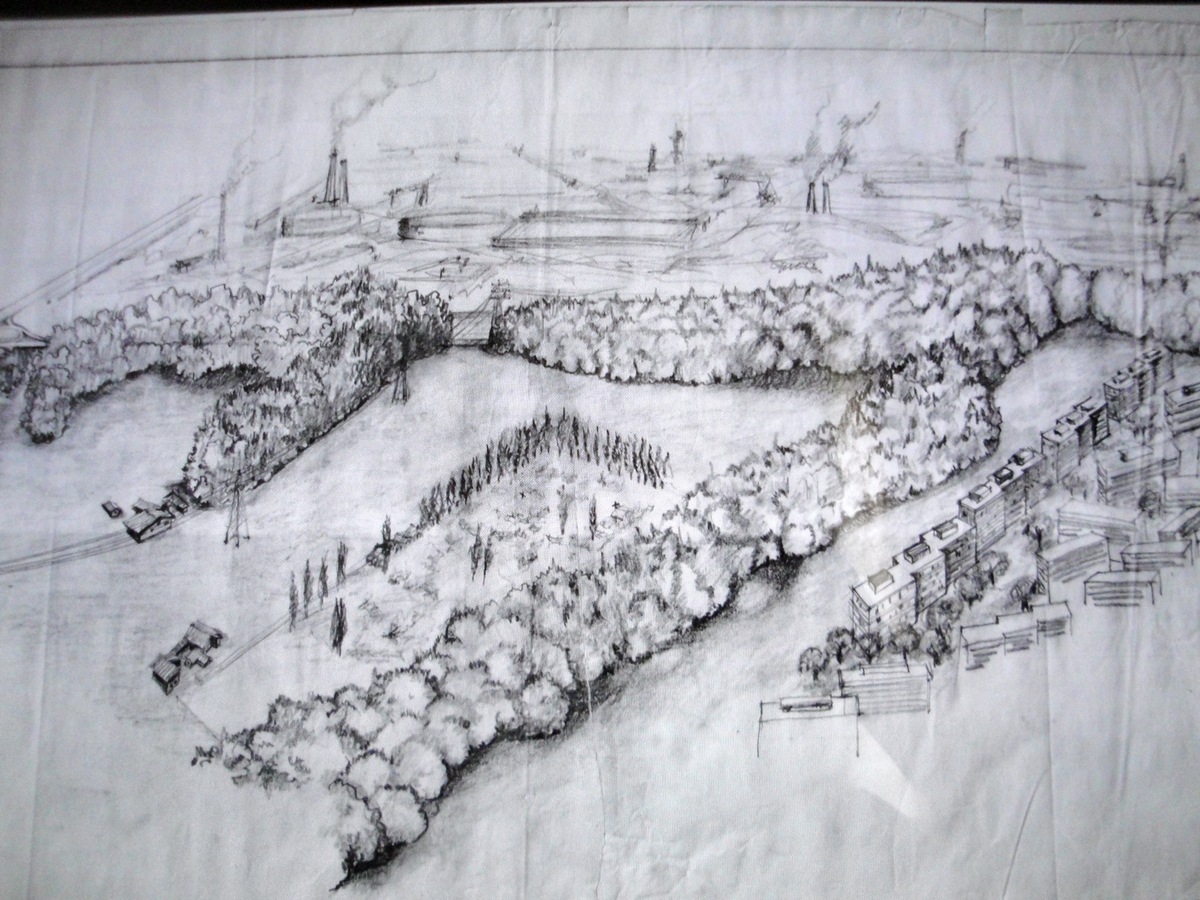 ITALSIDER turned to the Landscape architect to find a solution to the problem posed by dust from the mountains of ground granulated blast-furnace slag (GGBS) and raw materials stockpiled at the plant, which, when stirred and lifted by the wind, are deposited over the city and, in particular, on one of its neighborhoods (Tamburi) located very close by the industry’s smokestacks and its stockpiles.

Porcinai’s research centered on a similar German experience and for his solution to the problem he took his inspiration from the natural world. Basing his choices on the available space, he proposed creating hills 30 to 35 meters in height, including the height of the trees, to act as windbreaks to deviate the flow of air from the plant upward. The method, used in the inhabited centers of the Ruhr valley, was personally verified by Porcinai in another context, when he found it efficacious protection against the erosive action of sand-bearing winds on occasion of his consultancy for transfer of the Abu Simbel temples in Egypt. _"The idea was to rapidly reproduce what Nature creates naturally along the sandy coasts and the sea; that is to say, dunes covered with vegetation . . . that push the offshore winds upward and at the same time disorganize them and reduce their speed, so impeding the spread of salt air into the interior . . ., natural systems that man has often compromised or destroyed outright, bringing devastation and death inland.”_ The Landscape architect took his inspiration from the natural world but also attempted to influence the modified balances; the hill “fencing” the plant along a new ring road and shielding the nearby residential districts would be realized using the very slag and cinder that created the problem in the first place and the whole then mantled in fertile topsoil and vegetation. _"The most significant defect of GGBS is its tendency to become compacted and practically impermeable after having stood for some time . . . It is to be hoped that by mixing the slag with the blast-furnace cinders, which are instead highly permeable, we will obtain satisfactory permeability throughout the entire mass.”_ Porcinai planned plantings including large trees after guaranteeing suitable conditions for the development of the root systems:“ _the vegetation must be resistant, not to the salt air but to the dust formed by elements and particles deriving from the minerals and materials used in the various processes; that is, iron, cement, and clay. It will be of two types: fast-growing but not long-lived plants (Eucalyptus, Phitolacca, etc.) and slow-growing, long-lived species (Quercus ilex, Quercus calloprinos, Pinus halepensis, etc.)_.” The area of the hills was to comprise 50 hectares and the estimated cost was 1.5 billion lire. The project as presented by Porcinai was not implemented – and the issue of creating barriers for isolating the Tamburi neighborhood from the stockpiles is still very much open.